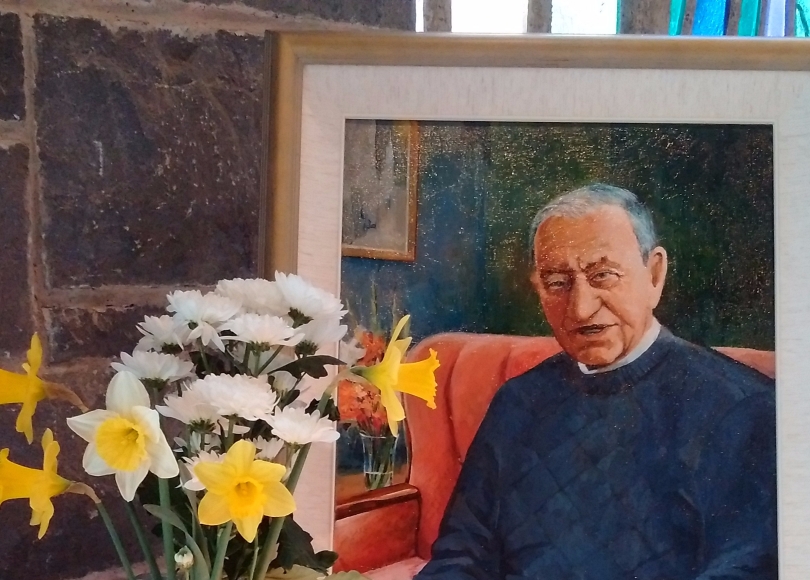 Remember those, O Lord, who in your peace have died. With you they faced death’s night, sealed with Your Victory Sign; soon may the splendour of Your Light on them forever shine.”

Good afternoon and welcome to all of you, family and friends of Bro. Brendan. I thank God for this opportunity to offer this Mass for a good man, born Patrick Joseph Fahy to Thomas Fahy and Mary Finnerty in Stonepark on March 7th 1926. You’re all very welcome and its nice to be here at Donamon, his home at the castle, where he spent all of his missionary life, in this, his native west of Ireland.  I would like to say a special welcome to you, Michael, his brother and you his family, relatives and confreres; he loved you all dearly.

Paddy joined us hoping to become a missionary priest in Africa but God, through people and circumstances asked him to stay here in Donamon for his entire life witnessing silently to our work as Divine Word Missionaries.  He joined the SVD in 1948, ten years after our first confreres came to Ireland and once they saw this young strong farmer, I’m sure that there was no doubt in their mind but that he had been sent as a gift from God to the new foundation. He entered the Noviciate in 1949, made temporary vows in 1951 and perpetual vows in 1955 after studying at St David’s in Carrog. Once he, a great missionary to all of us who knew him, only left Ireland once, and that was for, a renewal course in Nemi in 1974. To quote, Pope St. John Paul II: “Invited to leave everything to follow Christ, you consecrated men and women, no longer define your life by family, by profession or by earthly interests and you chose the Lord as your only identifying mark; thus, you acquire a new family identity”.

Tributes have come in from many confreres from all over the world, but I like one in particular, which showed how grounded he was: “The annual potato-pick; the churns of milk; the young lambs under the bedroom window, debriefed many a Philosophy Student with a Metaphysical Headache! Bro. Brendan had a Big Smile and a Sense of Humour. His Missionary life was in hidden Ireland, in the West, where he looked after the Forget-me Nots”.

Another one to show how holy he was: “What a great SVD he was!  A tremendous example to us when we were in novitiate in Donamon.  So faithful, so focused, so hard-working, but never missed Morning Mass in the early hours of the morning…. winter, spring, summer and autumn.”

And yet one more to show how practical he was: “Bro. Brendan used ask several of us country raised novices to help him on the farm – 1963-1965. On one occasion, I remember going to help him with a few more. We worked a bit late and were worried that we had missed supper, but Brendan had ensured that there was a meal for us when we had finished.”

Bro. Brendan was a strong and peaceful man who blended in with nature and his own nature. As students, here, we witnessed him drive down to the farm to check the new born lambs or muse at the cattle’s progress to the bleating sounds of the country or to the water hen who screeched in the bog. Then it was off to the mart, to some funeral, or off to help a neighbour. To me, he seemed back then, to have got it right and to have understood what Thomas Merton would say:

This is an innate wisdom and he must have got it, from toiling the soil: “Etched in my soul is the peace of a lonely ruin, an old chapel on a hill surrounded by pasture land and wind swept trees. Below the lake stretches into the distance, its waters lapping the mottled shores….and I look down at the earth that stretches before me”.

Bro. Brendan lived his religious missionary life with a stoical work ethic and friendly nature. His life’s calling, promoted a message that, “from the very beginning of the Church, men and women have set about following Christ more closely through the practice of evangelical counsels, each in their own way, leading a life dedicated to God”.  Bro Brendan may not have preached openly about this but he certainly knew it and witnessed it to all of us, through his life’s work and comforting disposition. Like St. Francis de Sales he was aware, that “Religious Orders, like our own, are not formed for the purpose of gathering together perfect people, but those who have the courage to aim at perfection.

I’ll leave you with some more of the hymn that I prayed at the beginning “Soon may the splendour of Your Light on them forever shine. Their long nigh watch, they gladly keep before your radiant morn and may we share eternal day with them in heaven above” Prayerful words to sum up Bro. Brendan’s absolute and unwavering commitment to eternal hope.

Finally, maybe everyone knows the famous story of when the Superior General visited Donamon:  Being from farming stock himself, he was interested in how farming was done etc. He sauntered down to the farm and had this conversation with Br. Brendan.

How much land do we have Br. Brendan?

Brendan: Just enough to feed the cattle we have!

General: and how many cattle do we have?

Brendan: If we had any more, we couldn’t feed them!

The General, like many Rector and Provincial came away none the wiser! Thank you, Brendan, for always being there, a stalwart, and a rock of common sense.

God, Bless you all on this beautiful spring day. 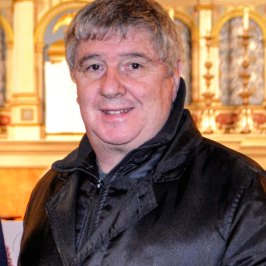 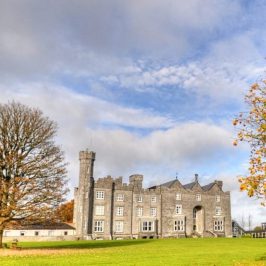 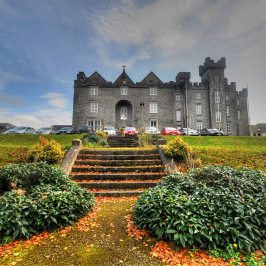 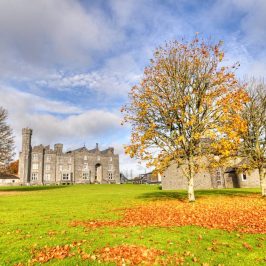 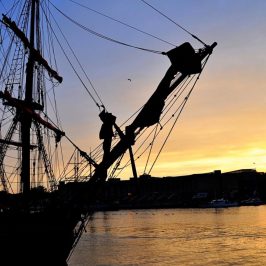 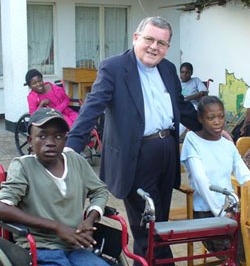 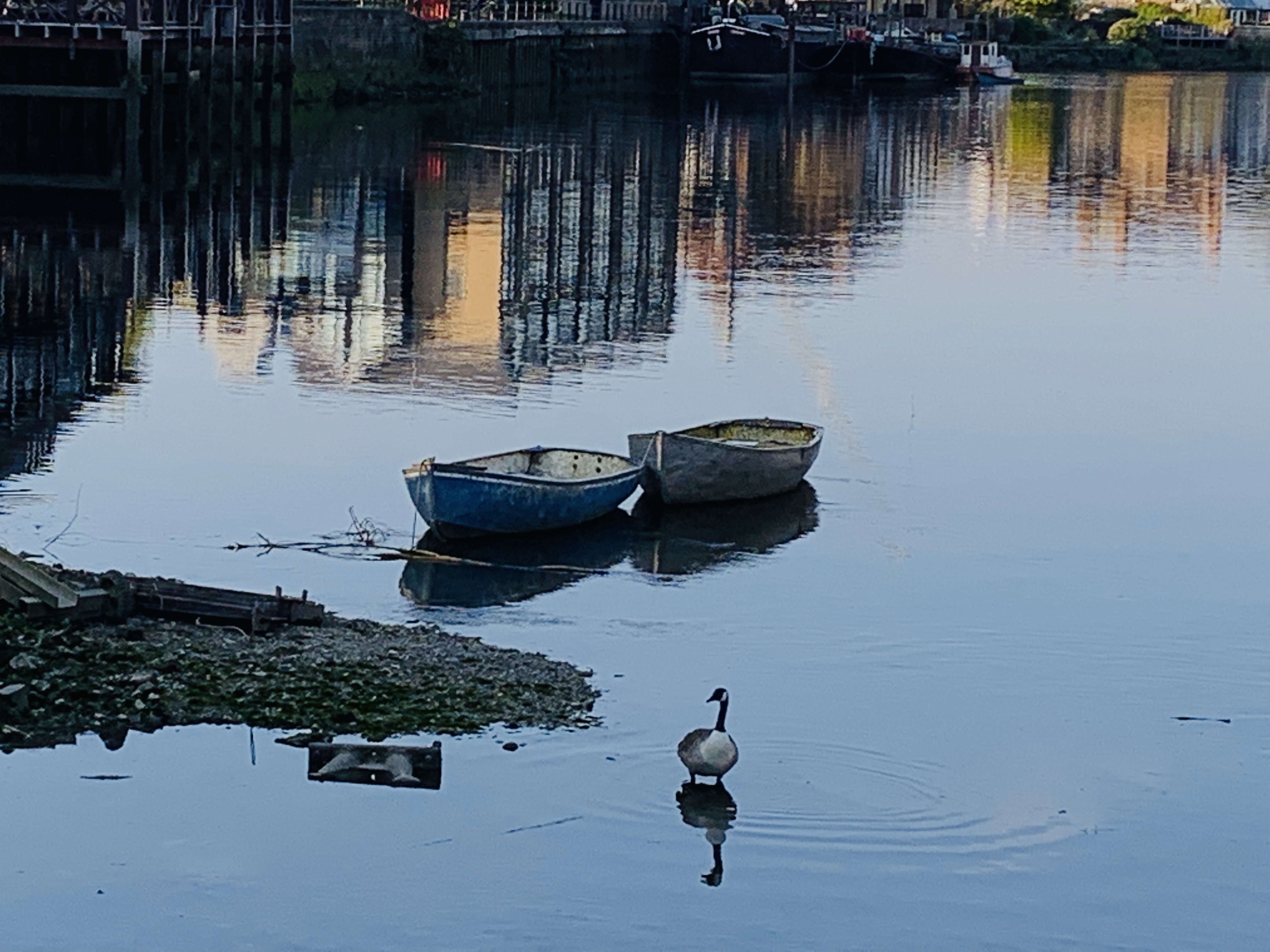